Somewhere along the span between very expensive fine jewelry and fashion jewelry, there is a growing interest in Moissanite. It’s a great choice for those who have their heart set on large size stones, and a stunning gem on its own, right for customers who love jewelry that is set with fiery, brilliant, colorless stones. Some are more than proud to name their gems, whether it’s lab-grown diamonds, white sapphire, topaz, or moissanite. Others may rely on the don’t ask don’t tell convention to let their envious admirers assume what they will.

As colorless or near-colorless gemstones go, Moissanite stands out on at least on the following counts: 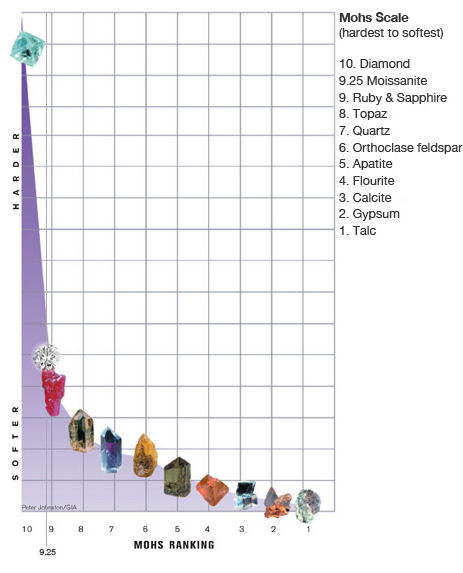 Moissanite as an intrinsically valuable and exciting gemstone has been steadily gaining in popularity and public recognition within all demographics and is an increasingly popular choice for engagement rings and traditional wardrobe staples.